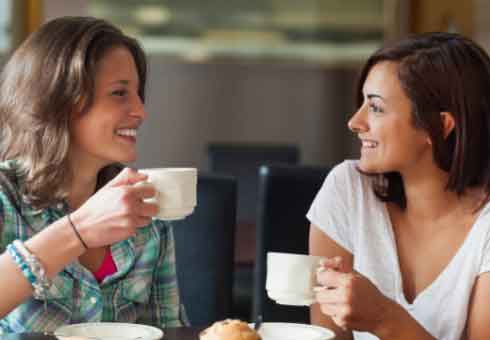 I have been a member of the same church for about twenty years. While I have been there quite some time, I have to confess that I don’t know people well. When you come of age in an institution, there are some things you are oblivious to. For me, it’s names. Especially when a large part of the congregation are my parents’ age or older. A lot of faces blur together, or I know names but I can’t put faces to them.

My parents left the church about five years ago for reasons that weren’t explicitly stated. I’d call it the culmination of years of frustration which led to their departure. In the years since their departure, my interactions with fellow parishioners has become very predictable.

Them: I haven’t seen your parents in a while. How are they doing?

Me: They’re going to another church, but they’re fine.

Them: Well tell them I say hi.

My parents were involved in a myriad of groups and committees over the years. Sometimes these conversations pertain to which committee they served on with my parents; stewardship, finance, hunger, and Stephen Ministry. To me it doesn’t matter. I wasn’t on these committees. And when my parents were, I was busy being a cynical teenager.

At no point in these interactions does the parishioner introduce themselves. Each Sunday it seems someone new comes up to me and asks me to say hello to my parents for them. I don’t know who these people are. When I get cornered by these individuals, I try to be nonchalant and glance at their name tag. I have a short term memory, and by the time I speak to my parents, the name is long forgotten, what committee they served on together, as well as their message. But I don’t worry or care, because I know I’ll be asked the same question next Sunday and I’ll play the role of world’s worst courier.

Sometimes I get a one-two punch. My brother is a pilot in the Air Force. I always feel that compared to being a consultant, being a pilot is a much more interesting line of work. I believe my brother has not set foot in the church since his wedding – which predates when my parents stopped attending by a few years. There’s a few reasons for why he doesn’t attend, the biggest reason being he lives 19 hours away. Although he and his wife have not been physically present in a long time, he’s still a member and his name is on the prayer request list for active duty military.

When the line of questioning about my parents runs dry, sometimes it switches to my brother. How is he? Is he deployed? When is he coming home? What does his wife do?  My answers are: good, yes/no, no idea, grad school.

Then the final line of questioning involves my wife. When is she performing flute with  the choir next? No idea. While I am her husband, I am not her booking agent.

At this point the conversation almost always ends. Never does anyone ask me how I am, what I do, or what I’m interested in. Even if my brother were subjected to the same weekly inquisition, I feel the question well would run dry with him too. Not only because of the reasons I’ve outlined, but he’s much more taciturn than me.

You think after cornering me every Sunday for the last several years and exchanging middling pleasantries, parishioners would tire of asking the same questions and getting the same response. But apparently not. I’m like catnip for the parishioners for information about my parents.

I could easily turn this conversation around. Instead of being asked questions, I could ask them questions. How are you? What do you do? What are your kids up to?

The hesitation on my part stems from the part that I have no idea who these people are. In some ways I feel like a rock star: everyone knows my name, but I don’t know who they are. But it’s not too much like a rock star because apparently my parents are the rock stars; I’m just the opening act.

What really strikes me as odd about these conversations is that these people watched me come of age the last twenty years. You would think that “knowing”  – rather being in the proximity of someone, for an hour or two, once a week, over two decades would warrant more intimate conversation.

Both parties are at fault here. I can ask questions too, but I’m deterred by the fact that the people who speak with me don’t seem interested in anything other than exchanging pleasantries. Once they get their weekly update about my folks, they skedaddle to the donuts and coffee.

How much longer will this go on? My parents can be gone for ten more years and I’m sure I’ll still be asked about them. It’s great to know that they’re missed, but it’s evident that members of the church cannot accept that both my parents and my brother are not here. However, I am here. Let’s talk about me. If I stopped attending the church, who would you ask about how they’re doing? Who would you ask to relay the message of well wishes?

I’m an adult and I am entitled to age appropriate conversations. I have opinions and I consider myself a good to great conversationalist. Please talk to me. We don’t need to be best friends, or even friends. We can talk about my parents, but once we get that out of the way, let’s talk about the Cubs, or the sermon we just both sat through.

It’s going to be hard for me, but I’m going to start making the conversation more about me. I am incredibly selfless, perhaps to a fault, but come Sunday mornings I’m going to start bringing everything back to me. Corny as it sounds, I may have to start using lines like this: “Sure my brother is deployed, but I’m in the thick of a client deployment. It’s not the same you know, but I’m fighting the good fight too.” Or maybe this, “Yeah my parents really like their church, but what did you think about the pastor’s sermon today?”

Stepping out of my comfort zone is going to be hard, but I don’t think I can suffer more Sundays of empty conversations. I’m going to talk about me.