As I was reading Edgar County Watchdogs today, I came across an article that mentioned Illinois Governor Rauner being nominated for a“Black Hole Award.” There in the body of the article is my name and nomination for the Office of the Governor submitted to the Society of Professional Journalists. Awesome!

In honor of this nomination, here are the Office of the Governor’s FOIA logs from 2014-2017 that I originally sought and prompted my submission to SPJ’s Black Hole Awards.

I was only able to obtain these through an appeal to the Illinois Attorney General. The process took about three months from request to records produced. Three months isn’t as bad as some horror stories I’ve heard, but I believe the only reason I have the records now is because of my appeal. I encourage any readers out there to do the same: don’t hesitate – appeal. 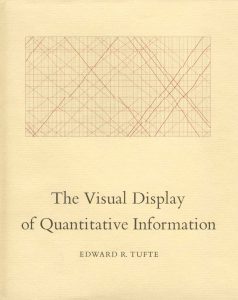 I make a lot of reports and I’m always looking for ways to make better and more efficient reports. I recently read The Visual Display of Quantitative Information by Edward Tufte and found it illuminating. Although the book is often heavy in theory, its use of clear prose and myriad of examples – both historic and present – made me more introspective about the reports I create. Anyone who uses visuals in their work could benefit from reading Tufte’s book. In this post I’ll talk about my takeaways from the book.

END_OF_DOCUMENT_TOKEN_TO_BE_REPLACED

The Illinois Commerce Commission Transit Bureau deals with trains and trucks  – of all varieties – and their related equipment. Have you ever wondered who owns a railroad viaduct? ICCTB can tell you. Want copies of grade crossings? ICCTB again! In legal speak, anything under the Illinois Vehicle Code [625 ILCS 5] you can request from ICCTB.

END_OF_DOCUMENT_TOKEN_TO_BE_REPLACED

My public school record is immaculate: 13 years and not a single detention, referral, or suspension. But that record came close to having its first blemish when I was sent to the dean’s office in high school.