I’ve been on a non-fiction kick lately. I recently read two books each about an art medium in a particular year and only one of them was good. This blog is about the so-so one.

END_OF_DOCUMENT_TOKEN_TO_BE_REPLACED

Did you know that that the Air Force’s 124th Fighter Wing loves DMX?

Here’s how I feel about the 124’s DMX love. I enjoy late 90s and early 2000s hip-hop as much as the next person, and the Ruff Ryders have a sweet spot in my heart. “Double R What” slaps so hard. And then when the Pink Floyd sample comes in, it’s just magical. DMX is just ok, but he’s got some real club bangers.

But then it dawned on me that while the 124th Fighter Wing may love DMX, the intent of their comment is pride that a stealth bomber can murder people like DMX does in his songs. Genius.com confirms this.

This probably isn’t the first time songs are being misappropriated. The legend goes that in the first Gulf War, the fighter pilots played “Rock the Casbah” in their cockpits; upon learning of this Joe Strummer cried.

I find it in poor taste that a verified account of the Air Force is openly using the lyrics of a song about drive-by shootings to boast about their air power prowess. But I’m not sure that using jingoistic songs instead would be any better.

Flash forward a couple of months. I’m on a week-long church confirmation trip. My parents give me $100 to spend on souvenirs and to use on the roller coaster at Mall of America. The first stop our coach bus made was at a Wal-Mart in Wisconsin, and I dropped $35 on the Beastie Boys’ The Sounds of Science compilation. When the trip was over, my parents asked for their remaining money back. I told them there was none and lied about how I spent the money. Then they found all the CDs I bought. They were not happy, but for reasons I don’t remember, my dad was really not happy I bought a Beastie Boys album.

END_OF_DOCUMENT_TOKEN_TO_BE_REPLACED

I build a lot of demos for customers. To keep things interesting for myself and also for the customer’s keen eyes, I like sprinkling in little Easter Eggs. In this case, for a customer in England, I couldn’t help but create a New Order / Madchester reference on the account hierarchy. 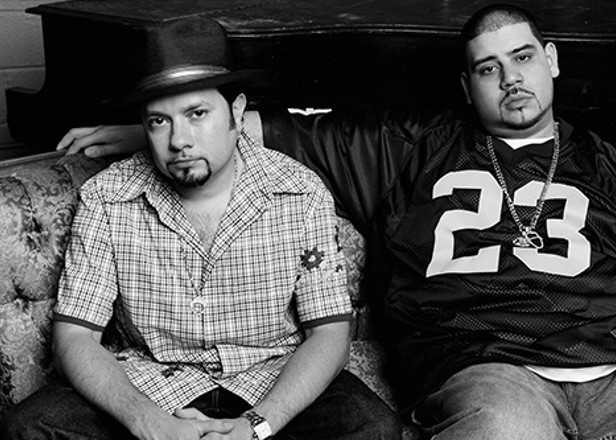 Masters At Work saved my life one night. One Sunday several years ago, I forgot that I had to create a deliverable for work that was due Monday morning. At 9pm at night I fired up my laptop, made a cup of coffee, plugged in my headphones and got down to business as I burned the midnight oil.